This preclinical study evaluates cardiac-based PEF treatments on the morphology and function of the PhN.

In the right atrium of 4 pigs a focal ablation catheter was maneuvered with pacing until the location and minimum PhN stimulation threshold was established, as determined by monitoring diaphragmatic movement while decreasing pacing amplitude until capture was lost. Biphasic monopolar PEF therapy was then delivered with the focal catheter either directly over, or in proximity to the PhN when electrically isolating the SVC and RSPV. Following treatment, the PhN stimulation threshold was re-evaluated. Pigs were survived acutely (n=1) and at 28 days (n=3), after which the PhN was examined grossly and histologically.

The PhN stimulation threshold did not change following treatment. No clinical signs of PhN palsy nor diaphragmatic paralysis were observed during the 28-day recovery period. Gross and histological examination of the PhN did not indicate signs of macroscopic nor microscopic morphology, while SVC and RSPV electrical isolation was retained.

The mechanisms underlying PEF treatment enable treatment to tissue adjacent to the PhN without adversely affecting its form or function. This suggests the ability to perform PEF-based cardiac ablation in regions typically associated with high risk for PhN injury without appreciable risk of PhN-associated morbidity. 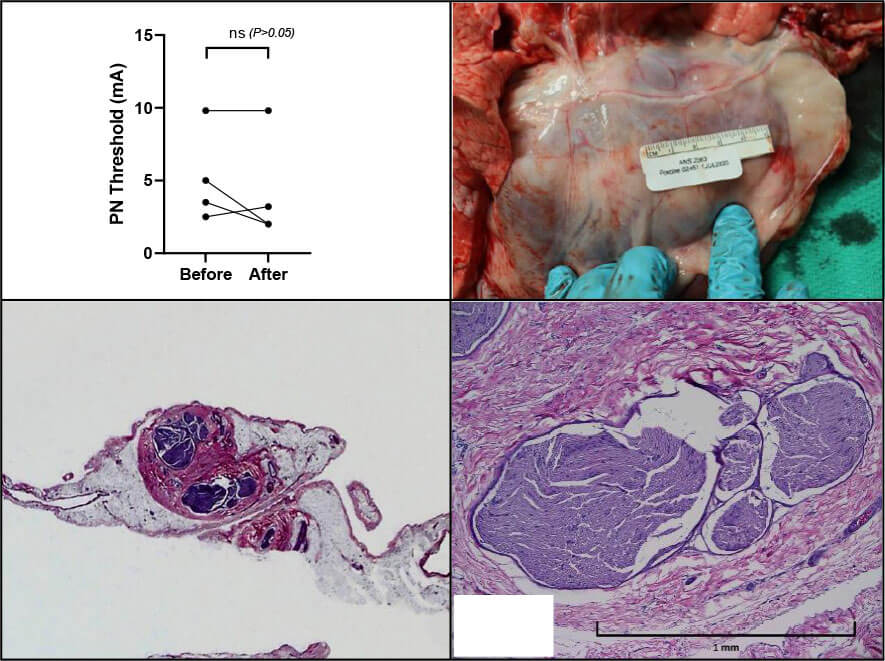